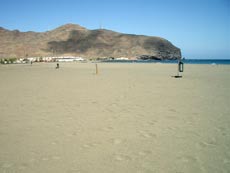 The beach of Gran Tarajal is a large bathing bay with light-coloured, fine sand. Some would also say that the sand is dark, but anyway it is fine. Gran Tarajal is not a tourist spot, you mainly find locals and expats here. If you look from the beach to the sea, you will see Gran Tarajal's harbour on the right-hand side.

How to get to the beach:

To get to the beach, just drive through the little town.

There are parking spaces on the roadside and in lay-bys (partly free of charge). 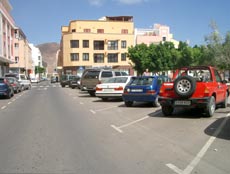 Features of the beach

Detailed pictures of the sand: 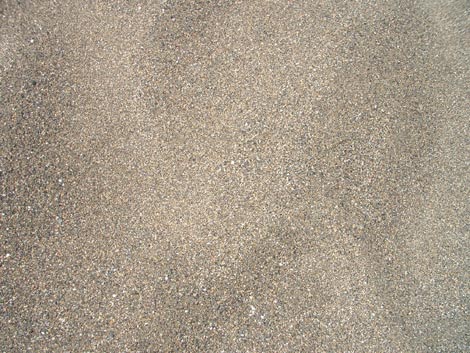 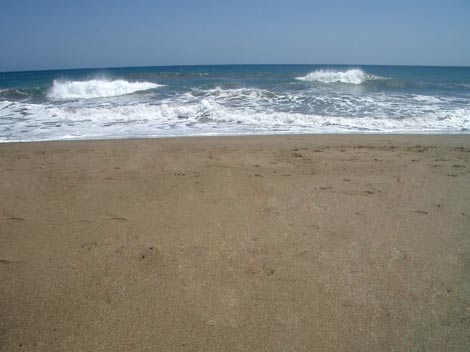 View of the sea

Pictures of the beach 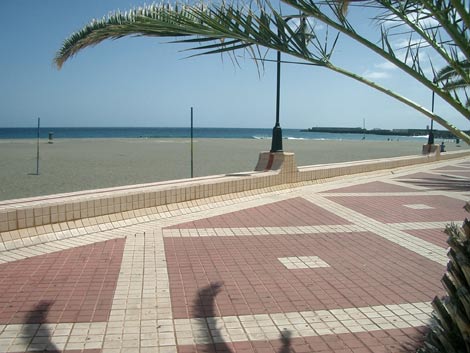 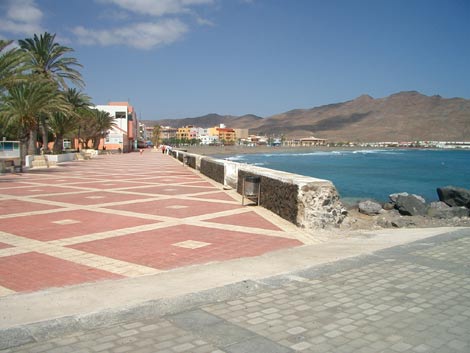 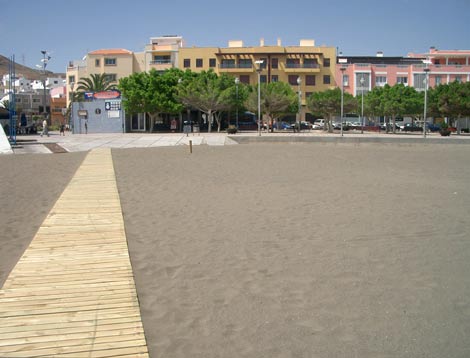 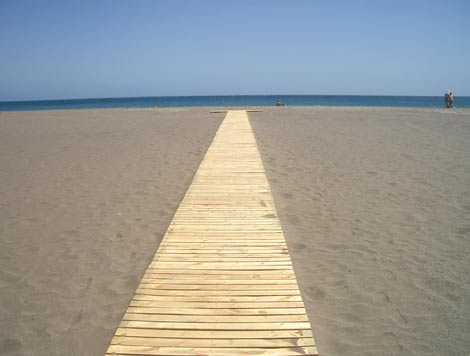 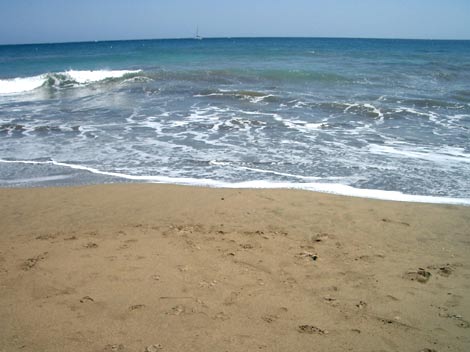 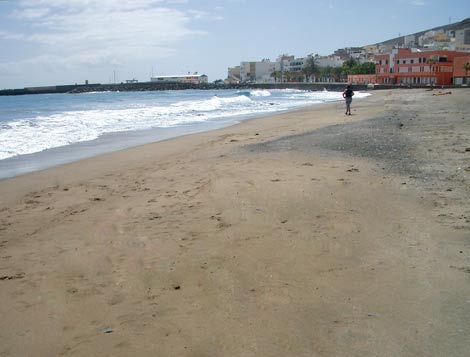 View of the harbour 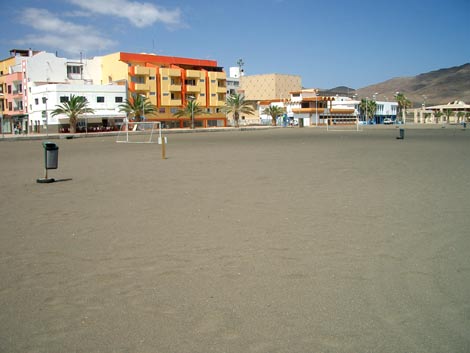 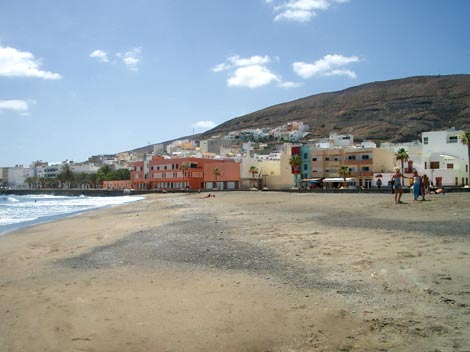 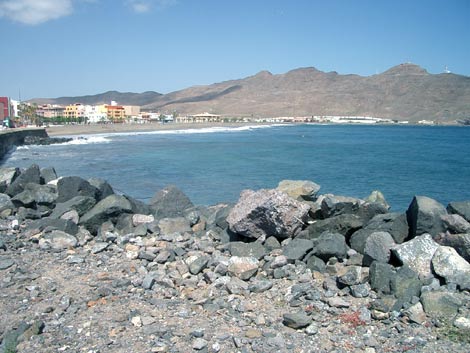